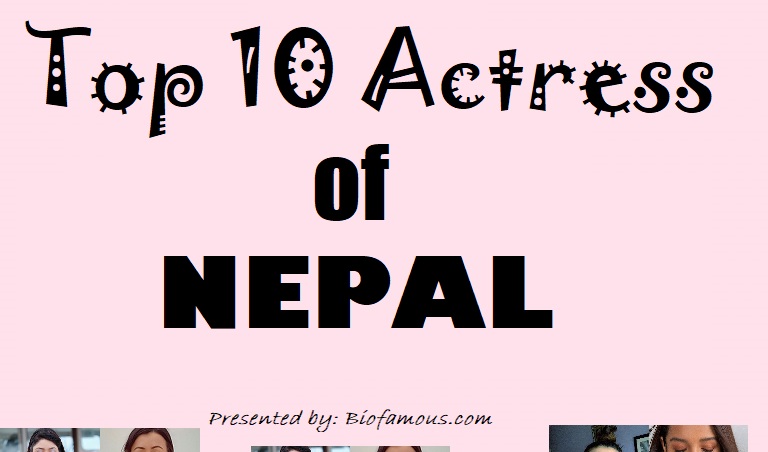 We are talking about the Top 10 best Actress of Nepal in 2020 as per their acting level, popularity, and amount of money paid per movie.

The actress has been through ups and downs in their career throughout their life. In the past, the movie industry did not have any respect and good view from the eye of People. However, with a change in technology and trend, Movie Industry has got huge respect and name. All the artists who are actors or actresses gain money and fame from this field. It was quite hard for us to select the top best actress among all the talents we had.

This list of Top 10 Nepali Actress is not according to the ranking order.

Priyanka Karki is a Nepali Actress, VJ, choreographer, singer, dancer, and Miss Teen Nepal 2005. She is the daughter of mother Rakshya Malhotra and father Bhupendra Karki. Her debut movie is “3 lovers (2012)”. Starting her career from Radio and TV Serials, she is now successful to stand herself in the top best actress in Nepal.

Some of her popular movies are Chhakka Panja 2, Fateko Jutta, Butterfly (colors of love), Happy Days, Shatru Gatey, and so on. Priyanka is also a social activist. She is also a founder of the Ayanka Foundation.

Namrata Shrestha is a popular actress who debuted in the Nepali film industry with the movie named “Sano Sansar”. Shrestha rose to fame after the movie ‘Mero Euta Sathi Chha’. Namrata has been through different ups and downs throughout her career. However, she made a strong comeback to this field with self-confidence. Shrestha is a National Film Award-winning actress.

She was enlisted in the top 5 models of Nepal as mentioned by The Kathmandu Post. Namrata also appeared on the cover of Navyaata Magazines. She has acted in more than fifteen movies till today. Some of her top movies are ‘November Rain’, ‘Classic’ and ‘first love’. In almost all the movies, she has worked with Aryan Sigdel.

Swastima Khadka is the most celebrated personality these days. She made her debut with the movie ‘Hostel Returns ‘. Her father’s name is ’Tirtha Khadka’ and her mother is ‘Karuna Khadka’. In the past, she was known more to the audience as the wife of famous director Nischal Basnet. However, she has now become successful to achieve the top 10 best actresses of the Nepali Movie Industry.

Swastima Khadka participated in Miss Teen Nepal when she was just Seventeen Years old. Swastima started her career in music videos and later moved to the bigger screen. Some of her popular music videos are ‘Samjhana ma’, ‘Ekantama’, ‘Bolauna Sakina Maile’, and ‘Banera Ghati’.

Besides, she has given a top to top movies from the few years. Some of her popular movies are Swastima are Hajar Juni Samma, Chapali Height 3, Jai Bhole, Bulbul, Ghamad Sere, etc.

Barsha Raut made her debut from the movie “Nai Nabhannu La 4”. She has completed her school level education from Asian Public School. For her high school education, she joined White House College. Similarly, she holds a bachelor’s degree from Apex college.

Barsha Raut loved acting when she was in primary school. She started her career as a model in the music video “Rojeko Maile”. Later she got selected for the movies. Starting a career from Zero background, Barsha has been successful to reach this top list of actresses in a very short time.

Samragyee RL Shah is a popular actress and 1st runner up of ‘Face of Classic Diamond jewelers’. Her mother is Neha Rajya Laxmi Shah and her Father is Mahesh Bikram Shah. She made a strong movie debut in Nepali Movie Industry with the popular movie ‘Dreams’. She received the ‘Best New-comer Actress’ award for this movie.

Suhana Thapa is a rising Actress of the Nepali Movie Industry. She is the daughter of mother Jharana Thapa and producer and director father Sunil Kumar Thapa. Suhana made her debut from the movie ‘A Mero Hajur 3’. Although she has done only a few movies, she is in the top best actress list due to her rapid fame and name in the industry. Although her mother guided her to this field, she established herself as a strong competitor in this field.

The sequel of her movie ‘A Mero Hajur 4’ is produced on 2077 BS. She has its own production by the name Suhana Production. Although Suhana Thapa is single and doesn’t have a boyfriend, she has very good chemistry with actor Anmol KC.

Surakshya Panta is a famous celebrity and versatile actress in Nepal. Besides her active Profession, she is also an engineering student. She made a strong position from the movie “Dhanapati” alongside Khagendra Lamichhane. Apart from this, her most popular movies are “Ghar”, “Aama” and “Gopi”.

Surakshya graduated from KEC in 2014 as a civil engineer. However, she studied up to her high school education from (Butwal, 2006) and Don Bosco College.

In the year 2015, she chose to start her career in movies with popular movie Ajhai Pani (2015) where she acted with Sudarshan Thapa and Pooja Sharma. Besides the movie Dhanapati, she appeared in the movie Bhaire in 2018 alongside Dayahyang Rai. Similarly, in 2019, Panta appeared with Bipin Karki in Gopi.

Aanchal Sharma is a famous actress of Nepali Movie Industry. She is the daughter of the father “Uttam Dawadi” and the mother “Mira Dawadi”. Her full name is Aanchal Sharma Dawadi Shrestha. She got married to Husband Udip Shrestha in 2020.

She appeared in Music Videos even before she appeared in the movies. Most famous movies of Aanchal Sharma are “Nai Nabhannu La 4” and “Shatru Gate”. Asides, Aanchal started her career after winning “Miss +2 beauty Peagent”.

Pooja Sharma is a popular Movie Actress from Sindhupalchwok, Nepal. She started her career from the movie ‘The Three Lovers’ and was in the top list from movie Prem Geet. However, Pooja Sharma started her career as a journalist and later shifted towards the film industry. She loves to do movies that are of love genre.

Sharma had a hard struggle in her career. Although she did not have any support from her father, her mother was always there for her in every difficult situation. To achieve this top ten best actress she has worked a lot harder till the date.

Jassita Gurung is one of the most beautiful actress of Nepal. Born in Pokhara, she spent her childhood in the UK. There she even won the title of “UK Dance Off 2017”. Jassita had a strong debut in the movie Lily Bily’. She received many awards and attention from this movie. Her most favorite co-actor is Pradeep Khadka.

Gurung also worked in Movie Love Station with Pradeep Khadka. Ujjwal Ghimire’s direction movie Love Station was written by Subas Singh Basnet. She has the most amazing roles when it comes to romance and love genre.

Jassita is also an amazing dancer who has represented Nepal in different national and international dancing competitions.

So, the top 10 best Nepali Movie actress consists of:

Please comment down if you do not agree with this list and you wish some other should be replaced here. However, please be informed that we prepared this list as per the performance of the actress in the past few years.