You are here: Home Journalist 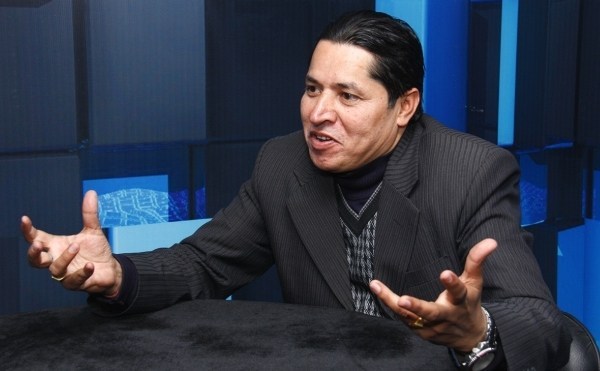 One of the prominent journalist, Rishi Dhamala is the founder of Nepali Journalist Association, Reporters Club Nepal. He was born on 12 November 1964 and his age is 55 years old. And his wife ALiza Gautam Dhamala is 26 years old. So, Rishi dhamala and his wife age gap is 28 years. He is father of son “Arik” and daughter “Arika”.

His show “Dhamalako Hamala ” is one of the controversial show. Also his show “Prime Times” is also popular show. He has gained a lot of fame due to his controversial nature.

Rishi Dhamala is famous because of his way of asking the question to the audience is totally different. Besides he is said that he appears beside every camera he sees during any photography session.

Born with the name Durga Prasad Dhamala, Rishi Dhamala spent his childhood from his birthplace Dhading. He then completed his schooling from Village school. He did intermediate level studies in Arts. So he has education upto class 12.

Soon after completion of his schooling, he moved to Kathmandu. Here he started his career in journalism. Starting from small portal newspaper media he contributed a lot to the Nepalese Journalism. An interview with Nepal’s number one cricket Player Paras Khadka was a major controversy. Besides inappropriate interview with other people from the film industry and other politicians is in criticism.

He was the most loved reporter among top politician of Nepal like Girija Koirala and Sushil Koirala. Moreover, he is experienced and senior journalist of Nepal.

The popular journalist married to a beautiful young girl, Aliza Gautam Dhamala. She is much more younger than him. She once mentioned in an interview that the two fell in love when they first met in a ceremony function. Dhamala said that she fell in love with him and she was seeing the everything she has wanted her life on him. And thus she made the decision to get in a marital relationship with this person.

Besides many controversial aspects, he was in police custody for around three months for the case related to terrorism and murder. So going through many difficulties he has been able to live a happy life with his beautiful wife.