You are here: Home Actor 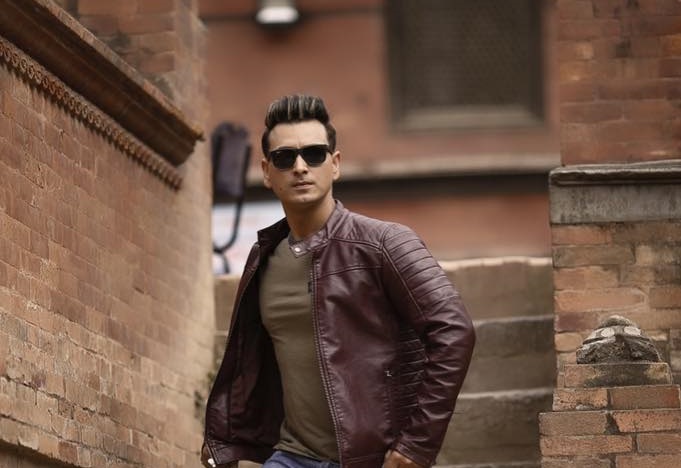 Aaryan Adhikari is a popular actor of Nepali Movie Industry. He was born on 18 September 1986 and his age is 33 years old (as of 2020). His height is 5 feet 9 inch. He is son of father Ram Bahadur Adhikari and mother Bhaktamaya Adhikari. Aryan rose to fame after the movie “Ke Ma Timro Hoina Ra”.

Aaryan Adhikari was born and raised in Nawalparasi district. There he completed secondary education (SLC/SEE). He completed ‘Plus Two’ education from Kathmandu Nepal. Then he moved to USA for further study. He studies ‘Acting and film making’ from ‘San Francisco school of digital making (SFSDF)’ and ‘Meisner technique studio’.

Adhikari had interest in acting from his childhood. After his education in acting and film making, he returned back to Nepal. Then he made a debut in movie ‘Ke Ma Timro Hoina Ra (2016)’. The movie was directed by Aakash Adhikari under Adhikari Brothers Pictures. It brought Aryan Adhikari and Mariska Pokharel in the Nepali film industry. The movie received ‘Box Office Awards’ for ‘Best Actor’. Similary, this movie is uploaded on YouTube and is distributed by ‘Highlights Nepal‘.

For his strong debut, he has own title of ‘Best Actor’ from ‘Kamana Awards’ , ‘Fog Awards’, ‘FAAN Awards’ and ‘Box Office Awards’. His first movie won the heart of thousands of People and thus is now a successful actor.

Aaryan Adhikari does not have any girlfriend. He is single till the date.

He had a romantic chemistry with actress Shristi Shrestha, Priyanka Karki and Mariska Pokharel in the movies.